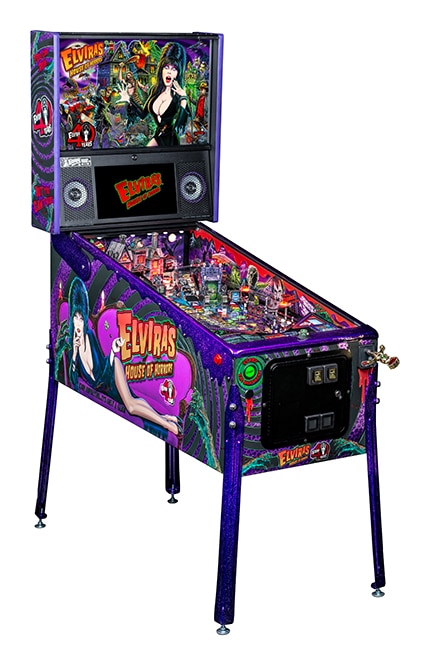 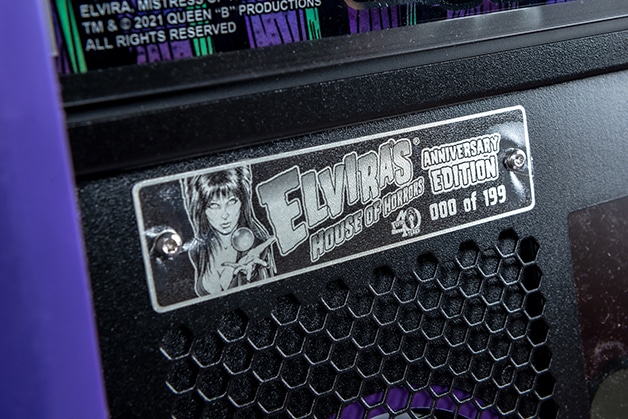 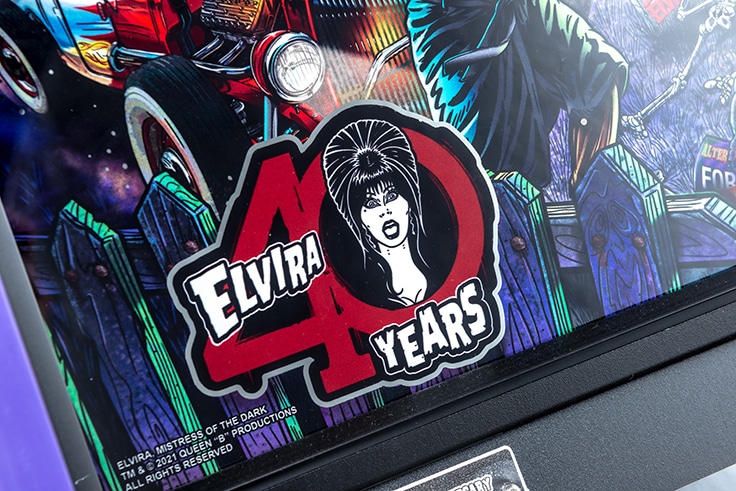 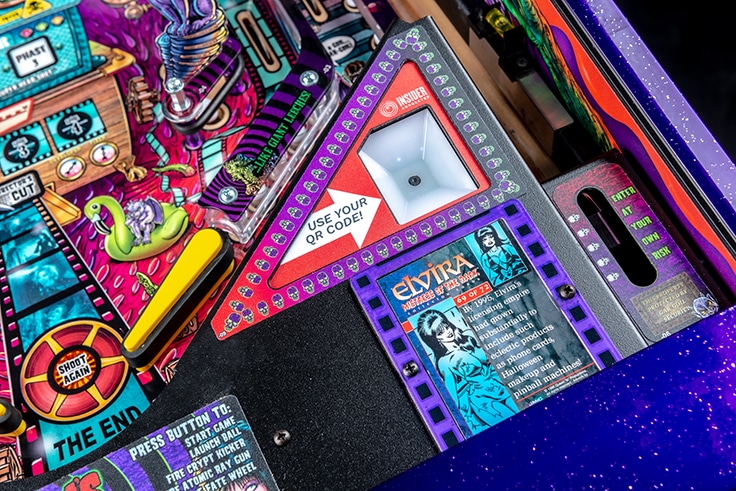 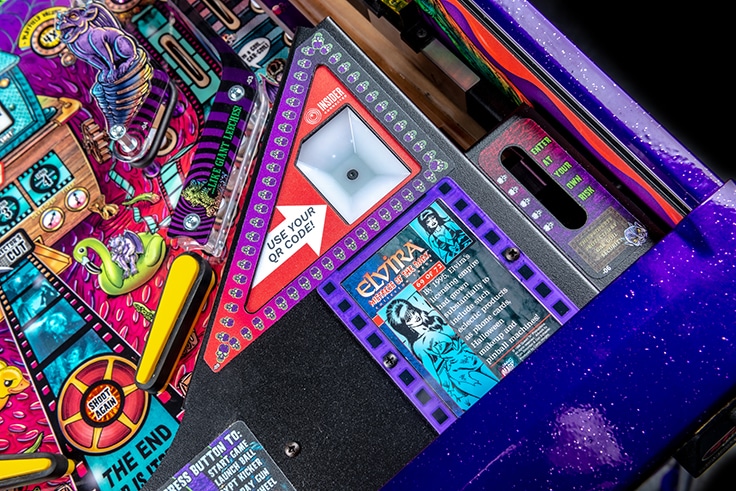 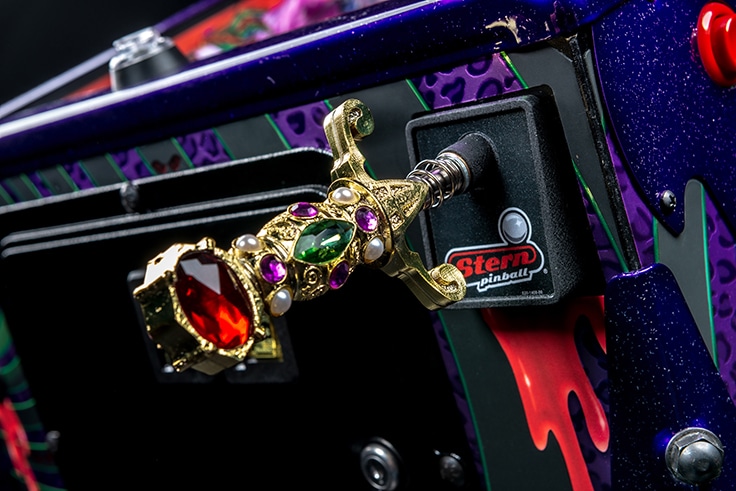 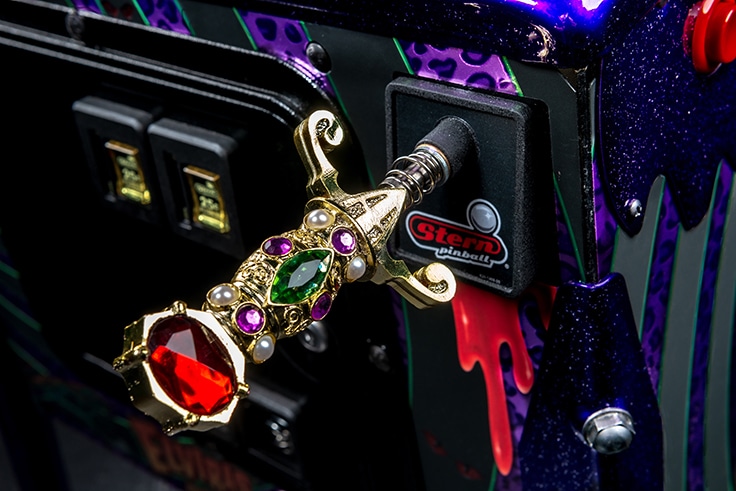 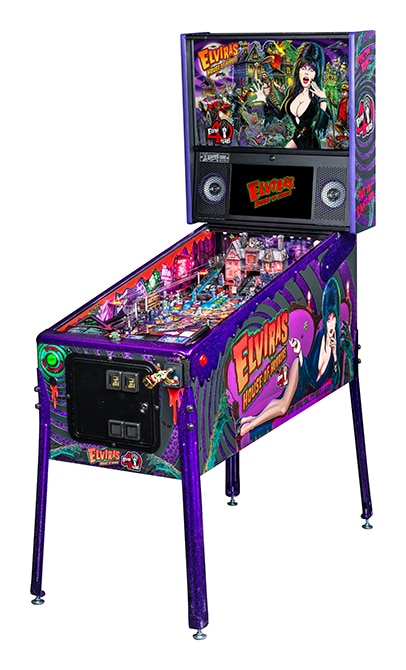 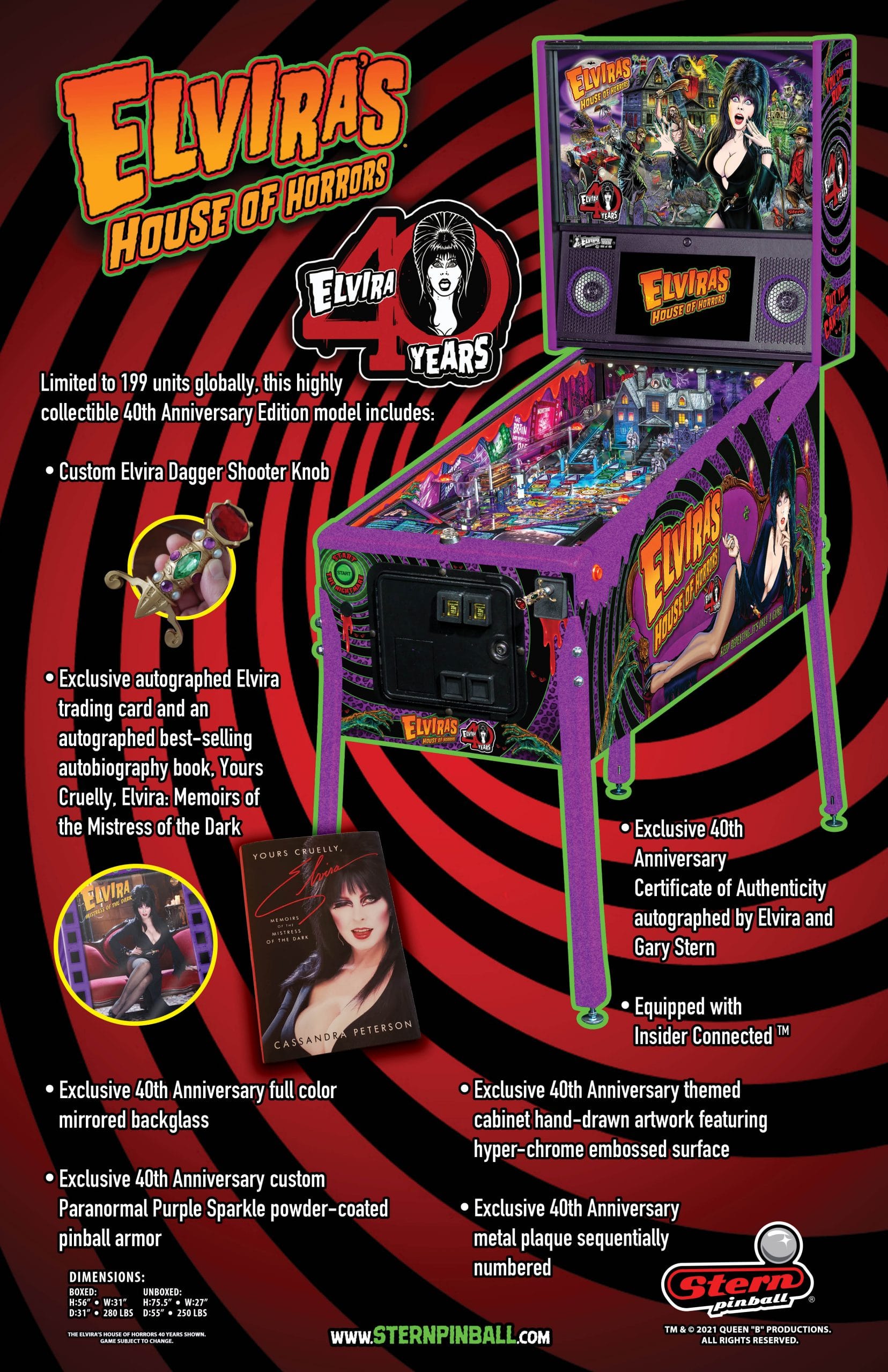 To Celebrate 40 Years on Film and TV

CHICAGO, IL – October 26, 2021 – When you hear the name Elvira only one person comes to mind: Horror icon and quintessential symbol of all things spooky, the one and only Mistress of the Dark. Elvira, Mistress of the Dark, has been lighting up screens and delighting fans for 40 years.

The game is the persona of “FUN” with the third and campiest installment of the Elvira pinball trilogy! Trying to sell her mansion through “Alternate Realty”, Elvira’s house is haunted by the movie characters from her past. These ghouls, ghosts, monsters, and strange assortment of vintage characters with horrific acting skills seek revenge on Elvira while she and the player confront them, sending them back to the “film” from which they came! Elvira’s House of Horrors immerses players in a fun, campy, B-movie universe filled with all of the humor expected from the Mistress of the Dark including custom speech and, in a pinball first, exclusive filming of Elvira for custom video scenes utilized throughout the game!

Elvira 40th machines are manufactured with Stern’s new Insider Connected™ system installed. Each game is equipped with a QR code reader on the bottom arch enabling players to interact with the game and this new network in a variety of ways. Stern Insider Connected provides new entertainment and player engagement features and an operator focused tool set to drive location play and remotely manage every aspect of the machines.

“It was a pleasure to work directly with the Mistress of the Dark on this collaboration. We wanted to celebrate her 40th milestone in fashion,” said Gary Stern, Chairman and CEO of Stern Pinball, Inc. “Elvira’s 40th Anniversary House of Horrors pinball is a haunting fun time along with one-of-a-kind collectibles that will be treasured forever!”